A Decade After Legalizing Marijuana, WA and CO Have Garnered Almost $5 Billion in New Tax Revenue 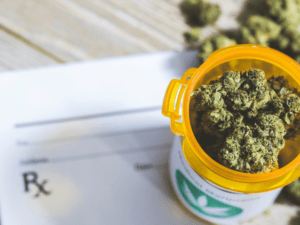 The order to relax the state’s prohibition on medical marijuana, which was previously illegal in all instances, was signed earlier today by Governor Beshear.  The move allows those who properly purchased legal medical marijuana from another state to possess up to eight ounces of marijuana within Kentucky, which is currently a felony.

“These are actions that I can take as governor to provide access to medical cannabis and relief to those who need it to better enjoy their life without pain,” said Governor Beshear at a press release announcing the move. Beshear says he has the authority to make this move without legislative approval based on the pardon powers granted to him by the state’s constitution.

“Kentuckians throughout the Commonwealth suffer from a multitude of medical conditions from which they deserve relief”, states the executive order. “Allowing Kentuckians diagnosed with certain medical conditions and receiving palliative care to purchase, possess and/or use medical cannabis would improve the quality of their lives, and it may help reduce abuse of other more dangerous and addictive medications, such as opiates.”

The order notes that “In Kentucky, despite polling that suggest 90 percent of Kentucky adults support legalizing medical cannabis, any amount of cannabis possession, cultivation and distribution remains criminalized.”

Under the order for patients to avoid legal issues the marijuana must be purchased in a state with legal medical marijuana and they must keep their receipt. In addition, for individuals to legally possess marijuana within Kentucky they must have a certification from a licensed health care provider showing the person has been diagnosed with at least one of 21 medical conditions. Those conditions are:

Prior to making this move the governor established an advisory committee that discussed the issue for several months.

The full text of the executive order signed by Governor Beshear can be found by clicking here.