A new report details the best and worst U.S. cities for a ‘Canna-cation,’ including the most and least expensive for marijuana.

Three Colorado cities rounded out the top 10 list, with Denver leading the way at No. 1, followed by Boulder (4), and Colorado Springs (8). Additionally, two California cities scored high, with Oakland and San Jose coming in at No. 3 and 9, respectively. Nevada made an appearance with both Henderson (7) and Las Vegas (10) making the list. Portland, ME was the only Eastern city to make the top 10.

Western states with legalization laws from six to 10 years old received higher marks, equating costs to how long recreational cannabis has been legalized.

“In these states, economies of scale have been built over the last decade, bolstered by a booming weed market that includes dispensaries, farm tours, and cannabis lounges,” Upgraded Points founder Alex Miller wrote in the comprehensive findings. “The industry supports over 83,000 jobs in California alone.”

While the West may be cheaper to explore bud, Northern states have the highest costs associated with cannabis vacations: Burlington, Vermont (#4), Bridgeport, Connecticut (#5), and Boston, Massachusetts (#9) are three of the most expensive cities for a trip.

‘”Canna-cations’ in eastern states like Connecticut, Vermont, and Massachusetts can be much pricier… as the infrastructure for using, purchasing, and producing cannabis is far less established in these areas,” Miller stated.

Here are the key findings:

You can check out the full study here: https://upgradedpoints.com/travel/cost-of-a-cannabis-vacation-by-city/. 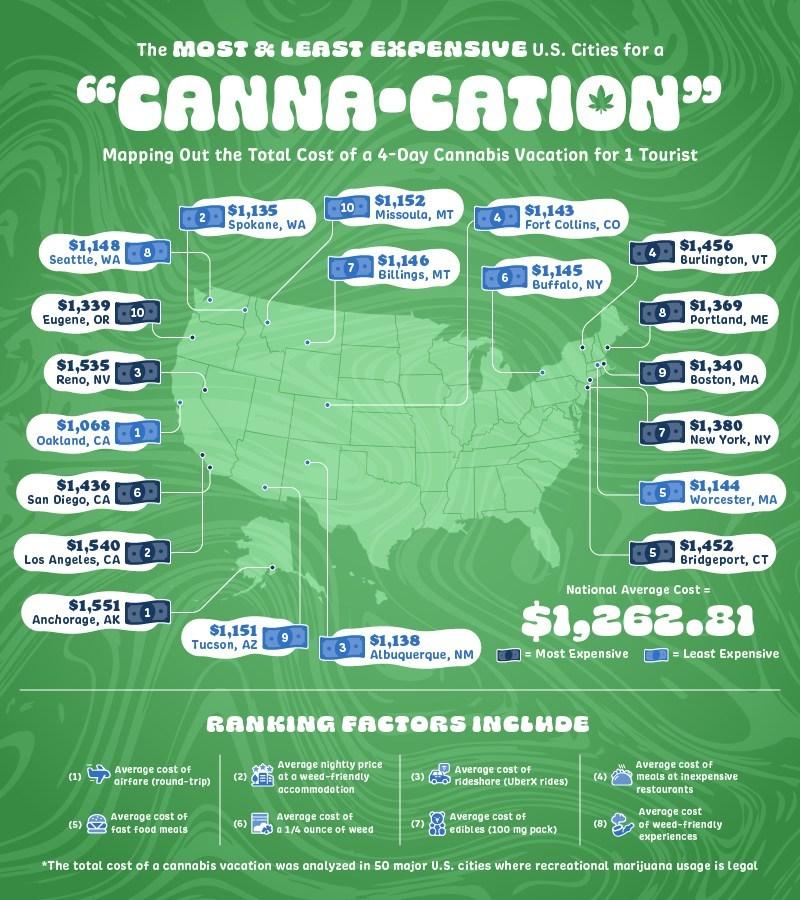 The 10 Most & Least Expensive Cities for a Canna-cation 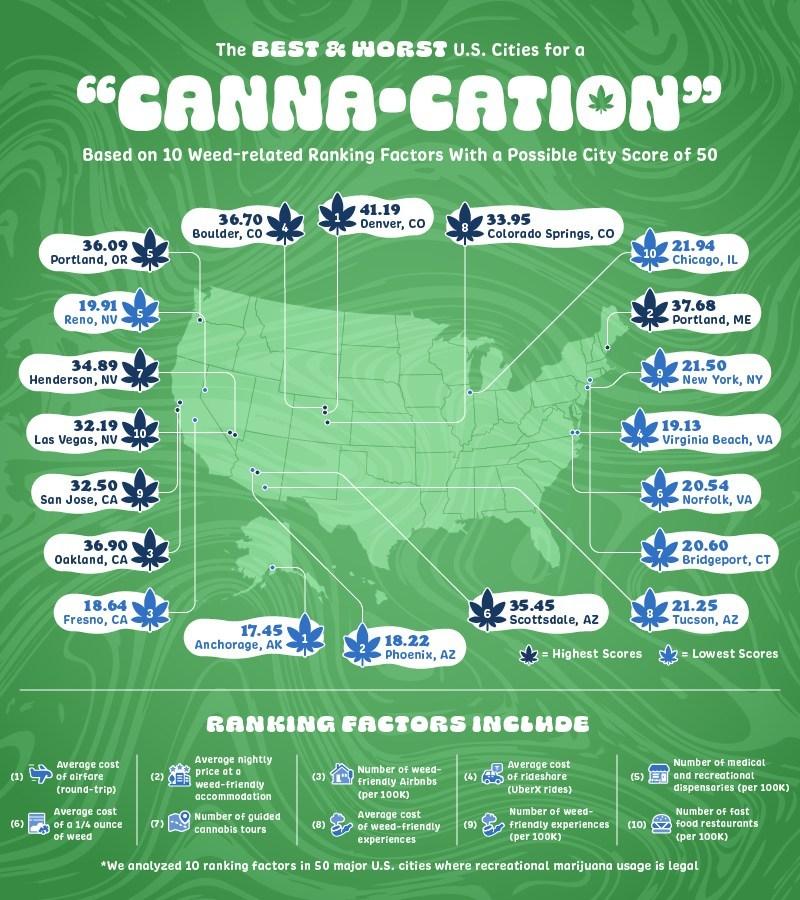 The 10 Best & Worst Cities for a Canna-cation