Home » Poll: 68% of Americans Believe Marijuana Should be Legal

Poll: 68% of Americans Believe Marijuana Should be Legal

A large majority of adults in the United States, including a majority of Republicans, believe marijuana should be legal according to a new Monmouth University Poll. 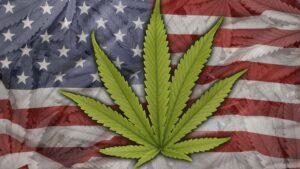 Overall, two-thirds (68%) of the American public supports legalizing the possession of small amounts of marijuana for personal use, finds the new poll. This includes 76% of Democrats and 73% of independents, along with 52% of Republicans. By age, support is highest among those under 35 years old (87%) but also includes a majority of those age 55 and over (53%). Support levels for legalizing marijuana are similar by parental status and by race.

Similarly, 69% of Americans approve of Biden issuing pardons for people convicted on federal charges for simple marijuana possession. This comes even though few know how many pardons were actually issued. About one-fifth to one-quarter think this number is either less than 1,000 convictions (25%), between a 1,000 and 10,000 (26%), or over 10,000 (21%). Another 29% don’t hazard a guess.

“Polling from a variety of sources shows that support for marijuana legalization has been increasing consistently over the past twenty years. Biden’s action is in line with how the vast majority of Americans feel about this issue,” said Patrick Murray, director of the independent Monmouth University Polling Institute.

Most Americans (54%) say legalizing marijuana would have no impact on the number of other drug crimes. One in four (25%) believe it would lead to an increase in other drug crimes while 16% believe these crimes would actually decrease if marijuana was legalized.

A majority (54%) of the public believes that alcohol use is more dangerous than marijuana and a plurality (45%) say the same about tobacco products versus marijuana. Few feel that marijuana is more dangerous than either of these substances – 7% when compared with alcohol and 13% when compared with cigarettes and cigars. Just under 4 in 10 think marijuana use is equally as dangerous as using either of the other substances – 38% for alcohol and 38% for tobacco.

More than half (54%) of American adults report ever having tried marijuana, including similar numbers of Republicans (51%), Democrats (54%), and independents (56%). Unsurprisingly, people with personal experience using marijuana (86%) are more supportive of its legalization than those who have never tried it (47%) – although nearly half of this latter group still falls on the side of legalization.

Click on pdf file link below for full methodology and crosstabs by key demographic groups.