Oral THC May Reduce Agitation, Apathy, Irritability and Sleep/Eating Disturbances in Those With Alzheimer Disease

Two different legislative proposals that would legalize marijuana have both received public hearing dates in the House Commerce and Consumer Affairs Committee. 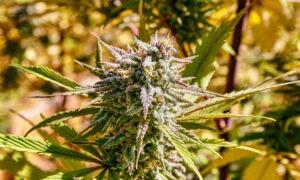 House Bill 639 has been scheduled for a public hearing in the committee on January 25th at 1:15pm at Legislative Office Building 302-304. House Bill 544 is scheduled at practically the same time, five minutes later.

House Bill 639 was introduced by House Majority Leader Jason Osbourne, a Repubican, along with a bipartisan coalition of 10 other lawmakers. The proposed law would allow those 21 and older to possess and consume up to four ounces of marijuana and up to 20 grams of marijuana concentrates. They would also be allowed to grow up to six marijuana plants for personal use, and it would establish a system of taxed and regulated marijuana retail outlets to sell marijuana and marijuana products.

The proposal would also ban the state as well as localities from cooperating with federal law enforcement agencies who are attempting to enforce federal marijuana laws.

House Bill 544 was proposed by five Democrats, and it would also legalize marijuana for 21 and older but it would take a slightly different approach in that it would regulate it similar to alcohol and put control of the market in the hands of the state liquor commission.

The full text of House Bill 639 can be found by clicking here.

For the full text of House Bill 544, click here.