A new study reports for the first time that “cannabidiol can selectively kill a subset of Gram-negative bacteria that includes the ‘urgent threat’ pathogen Neisseria gonorrhoeae.” Published in the journal Communications Biology, the study was …

Study: CBD Decreased Anxiety Scores in 79.2% of Patients and “Remained Decreased During the Study Duration”

A new study published in The Permanente Journal and on the website for the National Library of Medicine has found that the cannabis compound cannabidiol (CBD) may be a potential treatment option for anxiety. Researcher …

Legislation to legalize marijuana in Minnesota is advancing at a rapid pace, with three senate committees and four house committees voting to pass the measure. Senate Jobs and Economic Development Committee voted 5 to 3 …

Legislation to lower the scheduling of magic mushrooms and to create a state Advisory Board for the psychedelic has been passed out of its initial committee. Introduced by State Senator Ghazala Hashmi, the measure would …

According to a new study published in the journal Respiratory Medicine the long-term inhalation of marijuana smoke does not impact lung function. For the study Australian researchers examined “whether cigarette smoking or cannabis use and …

The cannabis compound cannabidiol (CBD) “has an anti-seizure effect comparable to other anti-seizure medications with a positive safety profile”, according to a new study published by the journal Epilepsia Open.  In a retrospective multi-center study, …

According to a study published in the Journal of the American Medical Association Network Open has found that “states with legalization policies experienced no statistically significant increase in rates of psychosis-related diagnoses”. As noted by …

A new study published in the journal PLOS One has found that terminal cancer patients with refractory pain respond favorably to a marijuana spray containing equal parts THC and CBD.

“This pilot study aimed to assess the safety, tolerability, pharmacokinetics and exploratory analgesic effect of a novel water-soluble oro-buccal nanoparticle spray of a cannabis-based medicine in patients with advanced incurable malignancy with unrelieved pain from opioid analgesic”, states the study, which was conducted by researchers at the University of New South Wales and the University of Sydney.

For this multi-stage study, participants received a marijuana spray containing 2.5 mgs of THC and 2.5 mgs of CBD.
END_OF_DOCUMENT_TOKEN_TO_BE_REPLACED

The Legislative Assembly for the Australian Capital Territory passed legislation today to decriminalize the possession of eight different drugs including MDMA, cocaine, psilocybin and LSD. 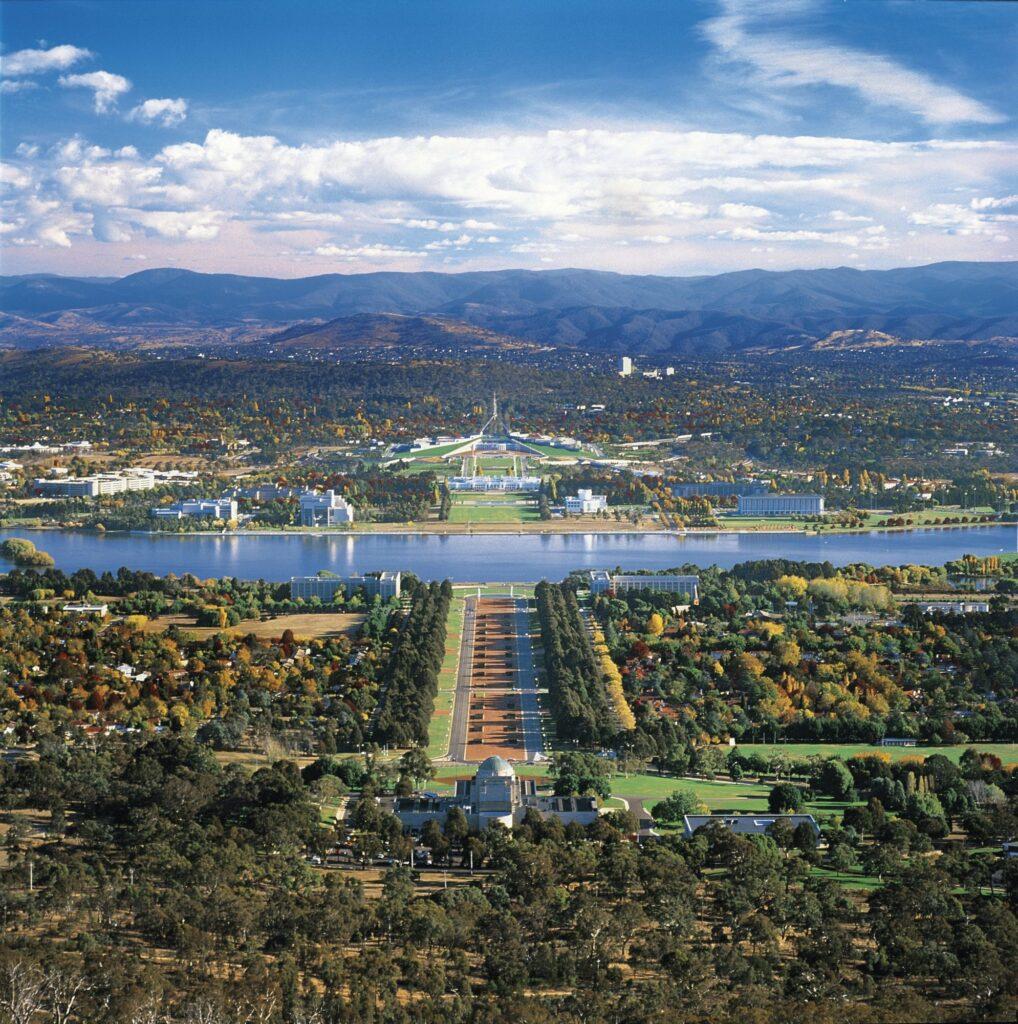 The new law will take effect in October of next year, and will decriminalize the possession of cocaine (1.5 grams), heroin (2 grams), MDMA (3 grams), methamphetamine (1.5 grams), amphetamine (2 grams), psilocybin (2 grams), lysergic acid (2 milligrams) and LSD (2 milligrams). Under the law those caught with these drugs would receive a $100 AUD fine rather than jail time. The fine could be waived if the person voluntarily completes a drug diversion program.
END_OF_DOCUMENT_TOKEN_TO_BE_REPLACED Supported by Glass House Brands, Mission Green is working with the Academy for Justice to submit clemency petitions with the hope that the President will follow through on his promise to release those convicted of non-violent marijuana offenses. The submission for Mr. Coleman is part of a new campaign, the Cannabis Clemency Initiative, that seeks to help people still incarcerated on marijuana charges, beginning with those locked up in federal prison. The Initiative brings together criminal justice scholars and reform advocates to achieve its ambitious goals.
END_OF_DOCUMENT_TOKEN_TO_BE_REPLACED

Low-Dose THC Has Positive Effect on Morbidity, Quality of Life and Mortality in Geriatric and Palliative Patients

Low-dose THC “has a positive effect on morbidity, side effects, quality of life and mortality in geriatric and palliative patients”, according to a new study. 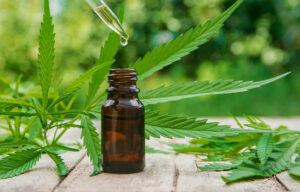 “Cannabis-containing medicines have been successfully used in our practice for more than 20 years in pain and especially in geriatric and palliative patients”, notes the abstract of the study. “While it was initially a very indication-specific use (pain, loss of appetite, etc.) and also with higher THC doses, this changed over time to low THC doses and a therapy focus on suffering-perpetuating symptoms and especially on stress (Matrix of Symptoms).”
END_OF_DOCUMENT_TOKEN_TO_BE_REPLACED

A long-term THC/CBD medication “can be administered safely and with overall positive clinical improvement to poly medicated older adults with severe dementia and associated problems.” This is according to a new study published in the peer-reviewed journal  Frontiers in Aging Neuroscience, and conducted by researchers in Switzerland.

“The management of behavioral symptoms and rigidity in patients with dementia constitutes a significant challenge”, according to researchers. “Short-term studies suggest an interest in the use of medical cannabis, but long-term data are lacking.”

With this in mind, the objective of this study “was to investigate the feasibility and long-term safety of administering tetrahydrocannabinol/cannabidiol (THC/CBD) treatment as an additional drug to a poly medicated population with severe dementia, evaluate clinical improvements, and collect information on the pharmacokinetics of cannabinoids and possible drug-drug interactions.”
END_OF_DOCUMENT_TOKEN_TO_BE_REPLACED

Study: “CBD Might be Beneficial in Alleviating UVB-Induced Skin Damage in Humans”

The findings of a new study “indicate that CBD might be beneficial in alleviating UVB-induced skin damage in humans.” 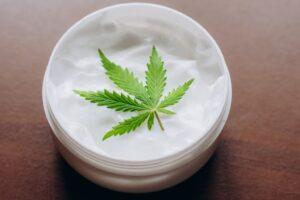 The study was published in the peer-reviewed journal Molecules, and was epublished by the U.S. National Institute of Health. It was conducted by researchers at Sichuan University in China.

“Cannabidiol (CBD) has emerged as a phytocannabinoid with various beneficial effects for the skin, including anti-photoaging effects, but its mechanisms of action are not fully elucidated”, states the study’s abstract. “The study assessed CBD’s photoprotective effects against acute ultraviolet B (UVB)-induced damage in HaCaT human keratinocyte cells and murine skin tissue.”
END_OF_DOCUMENT_TOKEN_TO_BE_REPLACED

Washington D.C. Mayor Muriel Bowser has signed into law an emergency ordinance that will alter the district’s medical marijuana law. Council Bill 240981 was signed by Mayor Bowser this week, allowing it to become law within 90 days.

In addition to increasing the possession limit for qualified medical marijuana patients from four ounces to eight, the proposal establishes “a sunset date for qualifying patients and caregivers whose registration card expired on or after March 1, 2020, to continue to purchase medicinal marijuana”.
END_OF_DOCUMENT_TOKEN_TO_BE_REPLACED

19 states have legalized marijuana for recreational use, and five more may do so next month. On November 8th voters in five states will consider initiatives that would make marijuana legal for those 21 and older within their state’s boundaries. If all five were to pass, nearly half of the country would have legal marijuana (24 states). The five states with legalization initiatives represent around 13 million people.

Study Finds CBD May Be Effective Against Brainstem and Limbic Seizures

A new study being published in the journal Pharmacological Reports has found that the marijuana compound cannabidiol (CBD) is effective against brainstem and limbic seizures. 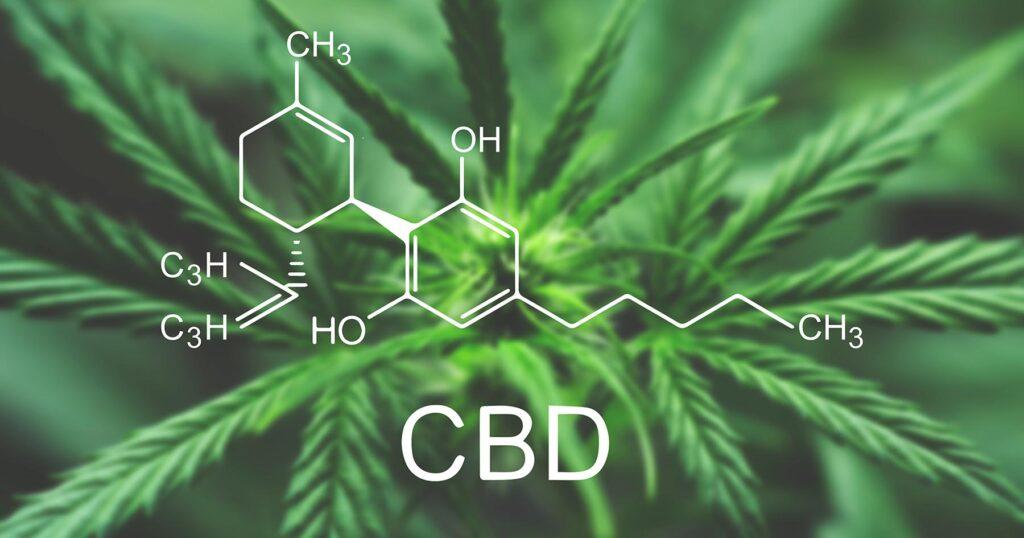 “Cannabidiol (CBD) has been of rapidly growing interest in the epilepsy research field due to its antiseizure properties in preclinical models and patients with pharmacoresistant epilepsy”, states the study, which was published online ahead of print by the National Library of Medicine. “However, little is known about CBD effects in genetic models of epilepsies.”

END_OF_DOCUMENT_TOKEN_TO_BE_REPLACED

In a press release Oklahoma Governor Kevin Stitt announced a special election next year giving voters the opportunity to legalize recreational marijuana for everyone 21 and older. Governor Stitt issued a proclamation setting the special election for March 7, 2023, at which point voters will decide the fate of State Question 820. The initiative failed to make it on the November ballot despite getting the required number of signatures signatures to do so after a delay in counting at the Secretary of State’s Office.